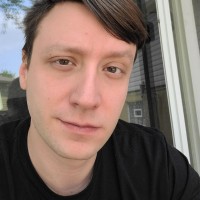 We are getting 8K recording sometime in 2020. It’s not really a secret. After all, the Snapdragon 865 comes with native support for 8K video recording and the Galaxy S20 has it as well. It’s definitely something different and shows the power of today’s smartphones. That said, this is the first generation of 8K recording and, for heaven’s sake, it’s 8K recording. There are almost certainly going to be some issues with this on the onset, so maybe we shouldn’t get too excited just yet. It’s been a few years. However, a lot of people may not remember how not great 4K was when it was introduced. It frequently caused overheating issues in some devices and it had a recording limit of about ten minutes. It was actually quite a big hassle to record in 4K because technology simply hadn’t evolved to a point where a device with only passive cooling could handle such an intensive task.

This problem is surprisingly common. During discussions for this very article, fellow writer Hadlee Simons regaled me with tales of Sony phones he tested that would overheat and shut down while recording in 4K. A simple Google Search shows this problem happening as recently as last year with the Sony Xperia 1. There are also stories of older devices like the LG G4 overheating after just a few minutes of recording (probably partially due to the hot Snapdragon 808), the Galaxy S5 only allowing five minutes of 4K recording at a time, and other such problems.

4K video recording didn't have the smoothest launch and 8K will likely be no different.

Here’s the thing, a lot of these technical limitations still exist today. The Pixel 4 reportedly had 4K recording at 60fps. However, support was pulled at the last minute due to storage considerations and we’ll talk more about storage problems in a moment. The point is 4K still isn’t all that great on smartphones and OEMs are already starting on 8K. I don’t know if these issues will resurface, but it certainly won’t shock me if things like overheating, camera stuttering, video artifacts, time limits, and other such issues arise again with 8K video recording. Even now, many devices won’t record 4K resolution to a microSD card because a ton of people don’t have cards fast enough to reliably record 4K video data. In most cases, OEMs don’t let you record 4K video to your external SD card for that very reason. That means you’re limited to the internal storage you have and, in case you didn’t know, 4K recordings can eat up a lot of space very quickly.

A ten second 4K, 60fps clip on my Samsung Galaxy Note 10 Plus registered about 90MB. That’s just over half of a GB per minute. With many devices still coming with 64GB or 128GB of base storage, you’re looking at roughly two to four hours of total recording time before you run low on space. I shot a second clip in 1080p, 30fps and it was a mere 20MB. You can shoot five minutes of FHD video for every one minute of 4K on a Note 10 Plus. It adds up over time. To be fair, many devices lower the bitrate and can do about 300-400MB per minute in 4K.

8K video recording may be too big for internal storage.

Believe it or not, it’s actually not much worse in 8K. Samsung says 8K video is about 600MB per minute. However, keep in mind that these measurements are dictated by things like bitrate, frame rate, and other factors. Still, at 600MB per minute, you’re not getting a lot of time before your internal storage is used up and there’s no way OEMs are allowing recording straight to microSD cards if they don’t already let you do it with 4K video.

The tech-savvy individual may use a microSD card and just move the files over after the recording. It’s a smart move and about the only solution to this problem. Thankfully, the Galaxy S20 has a microSD card slot but many other devices in 2020 won’t. Phones without external storage should probably be criticized for it more, knowing that 8K is now here and people need a place to store it.

You probably won’t get extra features with that video The platform has other limitations as well. For instance, even on my Note 10 Plus, turning on 4K and 60fps video recording shoots a message telling me the resolution doesn’t support the tracking auto-focus feature, video effects, or video stabilization. Dropping it to regular 4K, 30fps gives me back video stabilization but still can’t do the other two things. I have no reason to believe that 8K will be any different. A lot of extra camera features work with FHD resolution, but not with higher resolutions for various reasons.

OEMs disable features during 4K recording to this day. 8K will likely have limitations as well.

We return to the Sony Xperia 1 for more examples. The phone’s OIS doesn’t seem to function well in 4K resolution. You can find similar complaints for OnePlus devices and other OEMs as well. It’s not always the same feature that goes missing but the pattern is there. Devices simply can’t seem to handle 4K video along with extra effects.

These problems still very much existed in 2019’s best devices. The first example I gave was the last flagship Samsung launched before its first 8K phone. There is very little chance that these features magically start working on an 8K recording when they don’t work in 4K.

You almost certainly don’t have an 8K display Samsung
To be fair, 8K TVs were one of the bigger announcements at CES 2020. Hell, I saw an 8K TV at my local Best Buy a couple of weeks ago and you can find them on Amazon. However, I’m pretty confident in saying that most people don’t have an 8K TV. It’s probably true that 4K displays may see some marginal benefits, the same way that FHD displays can see marginal benefits when viewing 4K video. However, I’m also confident that there is a point of diminishing returns here.

How much better could 8K possibly look than 4K on a 1080p display?

With so many people still rocking phones with 1080p displays and basically everyone else having 1440p at the very most (many of which set to 1080p for battery savings), I’m hard pressed to believe that anybody can really tell the difference between 4K and 8K content on a 1440p or FHD display. During our blind test, only 50% of people could pick out the 1440p mode from the 1080p mode on the OnePlus 7T. Granted, that’s just one step, but there are only so many pixels on a 1080p and 1440p display. How much sharper can they really look before it’s just a placebo effect?

There are already 8K TVs on the market so I’m not going to parade the traditional arguments. It’s fairly obvious that with 8K TVs comes 8K content and it makes perfect sense to include that functionality on a thing we carry with us every day. It’s just nothing to get excited about at this time because hardly anybody has any of this new technology to actually enjoy 8K content in all of its glory.

Don’t get me wrong, I’m super excited that 8K is coming to smartphones. It’s the unending march of human progress and someday you’ll be able to get bargain 8K TVs and displays for much cheaper than they are now. At the end of the day, this is a transitional period for tech and transitional periods are always sloppy and often rushed. However, I do wish that maybe OEMs would iron out the issues with 4K before jumping to the next big step. It’s not the first time OEMs rushed tech out before it was ready and it certainly won’t be last. For the time being, I don’t plan on basing a phone purchasing decision on its 8K recording prowess and I recommend you don’t either for a couple of years. The first generation of 8K video is probably not going to be great.