Food for thought: Does the average user care about Android versions? Should they?

Cupcake. Donut. Eclair. Frozen Yogurt. Gingerbread. Honeycomb. Ice Cream Sandwich. Jelly Bean. Kit Kat. Lollipop. Marshmallow. This isn’t a litany of looks Derek Zoolander is going to unveil on the silver screen next year. Google fans know these are the tasty treats Mountain View has chosen to name its major Android builds after. The question, however, is just who else knows this.

Android fans typically express outrage and disgust upon learning their device in question (1) isn’t being updated, (2) is going to have to wait for an update, (3) isn’t the first to be updated, or (4) hasn’t had an update announced period. This makes perfect sense given that the tech-savvy often make an active effort to stay on top of the latest developments and releases. They actively check sites like Android Authority, or many others, to stay informed and educated.

On the other hand, the general public, the mass majority who comprise the vast totality of Android users, don’t really pay attention to these things, assuming they even know or care about them period. While some might look down on such perceived “ignorance”, remember that not everyone can be, or is good at everything, nor do they necessarily want to be. It’s important to respect these individuals for what they are, as they provide the core constituency of end users, and it is for them that companies ultimately make mass-scale products.

In this piece, we will attempt to define what the “mainstream” consumer is, examine why they don’t care about things like OS updates, and try to find a half-way point to rectify the situation. 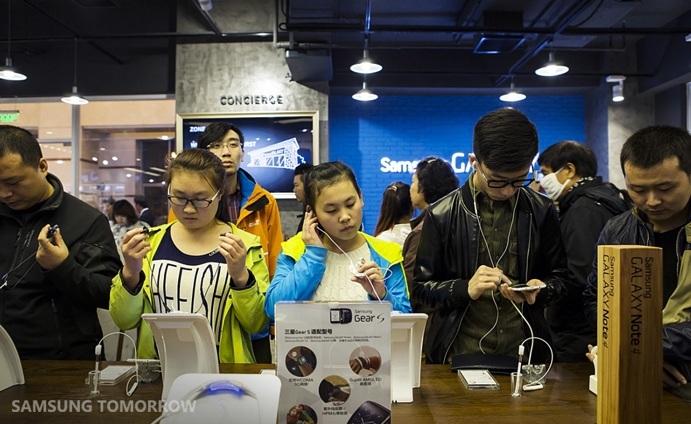 Customers at a Beijing Samsung Store.

For the purposes of this piece, a sample profile of the average, unassuming mainstream tech user has been created. Five different categories have been established:

Device Knowledge Customers who actively purchase products from a set company know which device they have. Customers who look for “the cheapest” product or “the newest” or “the best deal” often do not know the name of the product, or even who makes it, as they are only interested in superlatives from within the entire spectrum.

Software Knowledge The average customer has no idea what software version their product is running, or many times, that their product can be updated period. Unless there is a visible reminder constantly nagging or else an automatic process involved, most people don’t evenn know how to update their phone, tablet, or computer.

Feature Knowledge The average customer isn’t aware of the vast array of software or hardware features included in their device. To this day I encounter people who don’t know their iPhone has TouchID, or at times even Siri. Given the supreme simplicity of Apple products, the prospects of advanced Android knowledge is even less likely.

Rooting and Modding Knowledge The average customer has no clue whatsoever about rooting a phone. They don’t know what it is or how to do it. In the event they have heard of such feats before, they are likely to be unaware of what the process itself entails and why one might do it.

Product Knowledge The average customer does not follow product release cycles and therefore is most likely to be unaware of a pending launch. Typically this type of consumer will be seen purchasing a device when their own personal situation dictates it (i.e. their current one breaks) and react in surprise should they learn that the same company has already announced a follow-up to their new purchase. Granted any individual’s position on the spectrum of tech knowledge may vary, suffice to say that if you make it a point to ask random people on the street, family, or even friends that aren’t “in the know”, chances are you will arrive at a profile similar to that which has been described above.

To given an illustration of the type of user being discussed here, consider the following scenario: Person X wishes to create a widget on their device’s Home screen. Not knowing how to do so, they proceed to ask someone. Despite how simplistic this task might sound to some, ask a random person “How do you put a widget on an Android home screen?” and a puzzled look may be the only response.

In the event the average mainstream user is aware of an OS update, they may have a reluctance to upgrade their device out of fear. “What if something changes and I don’t know what to do?”, “What if features I like are taken away?” and “What if there are bugs or problems after the update?” are typical responses one might hear in response to such a “fear” inquiry. In truth there is good reason to be hesitant to update; just looking at the major changes Microsoft has implemented in Windows over the years, especially from Windows 7 to Windows 8, is more than an enough illustrative reason to worry. 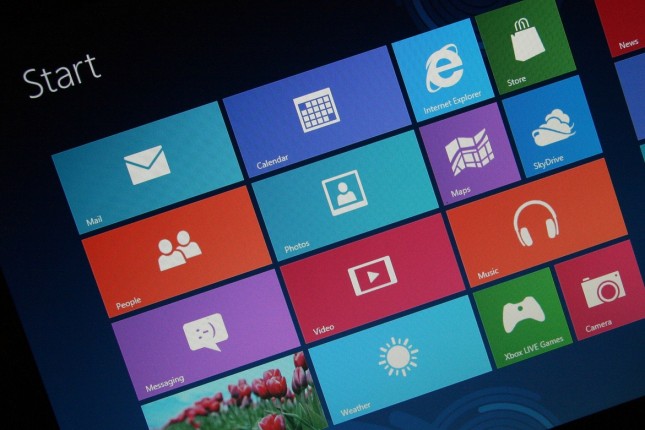 Android, too, has long since been difficult to use for the unfamiliar, especially when dealing with major OS name changes. Honeycomb (3.X) for example, introduced numerous visual and system-wide changes that could very well have scared off users who took a long time to become relatively comfortable with Gingerbread (2.3.X). Even more subtle changes like the navigation keys which saw a geometric redesign on Lollipop could be deemed a problem, or the way in which users change language input which has also underwent several noticeable modifications over the years.

This is exactly why companies like Samsung seek to keep their skin as similar as possible, even when it means defying the trends or guidance Google itself has put forth in its AOSP builds. Galaxy devices, for example, have yet to move the language input selection to the bottom right of the screen, instead leaving it on the notification shade where it had been for some time.

On the other side of the fence…

Hop on any random Android message board however, and there will be rampant discussion about flashing ROM X or asking for Build Y to solve problem Z. Just a quick stroll into an XDA Developers forum is probably enough to scare the heck out of a casual user. (Heck, even a Google search for “How do I put a widget on the home screen?” is too much for some to take in). Clearly some people know their stuff, and they know it often times, at expert levels. Just looking at some of the feedback and comments we get on features like “How to enable Developer Options” or “How to clear the search history in the Google Play Store” is proof positive that what one might feel is intrinsic, basic common sense, another person will be totally absorbed and appreciative of teaching them something inherently new.

Does this imply there is something wrong with either side? No, not at all. Obviously tech-oriented people will typically be more familiar with certain things, and those that only see devices and hardware as utilitarian purposes to fit their needs will never need to know how to flash something using ODIN.

The important thing, however, is to keep our expectations in check. When people rant and rage about their product not getting the latest Android version, it can come across as somewhat one-sided. If a Company A or Carrier B don’t have a specific need to update their devices to Marshmallow for example, and they know full well that 99% of the customer using the product won’t even be aware of such a decision in the first place, why would they make the effort? Granted the remaining piece of the pie will be as angry as a hornet, but “dems the breaks.” 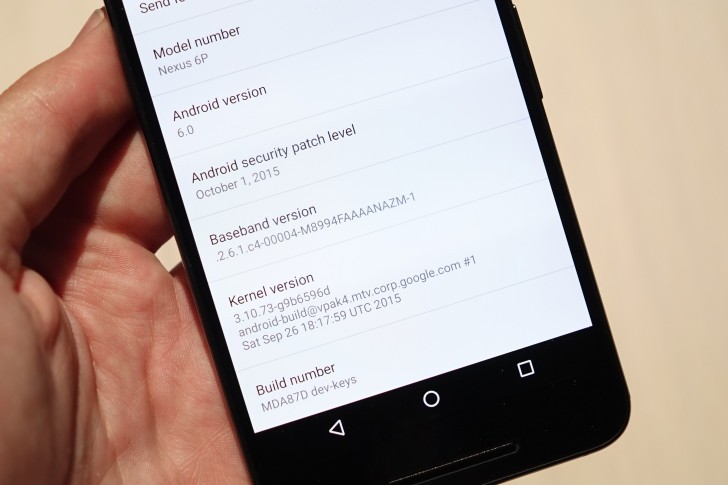 While the idea of having the latest build of Android might be a prerequisite for some user’s happiness, it is often the security aspects that create a more tangible, pressing need to have an update. With problems like the Stagefright exploit making major headlines around the world, everyone is united in their fears and feelings for fixing. For better or worse, however, Google has inadvertently broken the bridge.

In recent months, Google has introduced a monthly Android security patch update for Android devices. This patch is separate from the actual AOSP build itself, and Samsung’s recent decision to make a note of it spells the problem out quite clearly: Suddenly it doesn’t matter if a device is running Marshmallow or Ice Cream Sandwich so long as their device can receive the security patch.

While this is most certainly a good thing in terms of keeping devices secure and safe, it ironically means carriers and OEMs are under even less pressure to update their devices beyond these monthly patches. No longer is it an issue of “we need Android X.Y to solve this security problem” and indeed the manner in which Google itself has orchestrated these patches period seems to reflect the very update problem itself.

What does it mean… 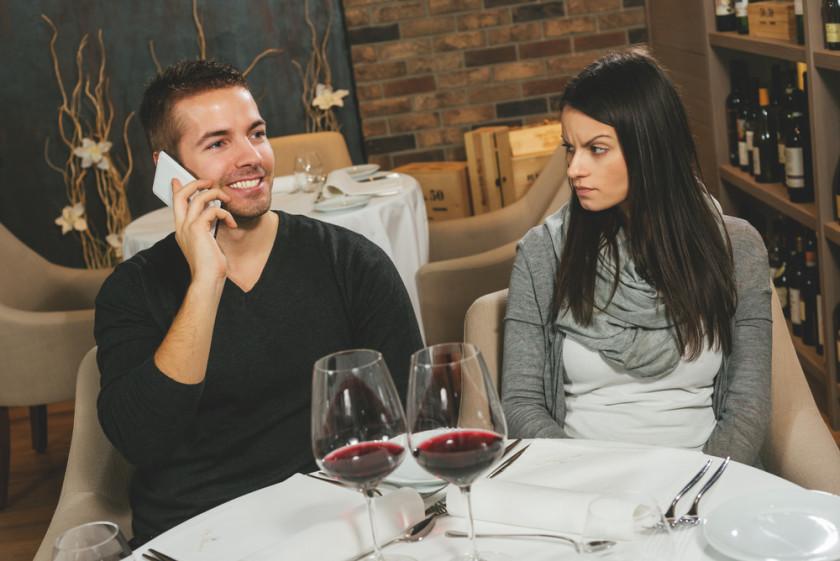 How to approach the problem 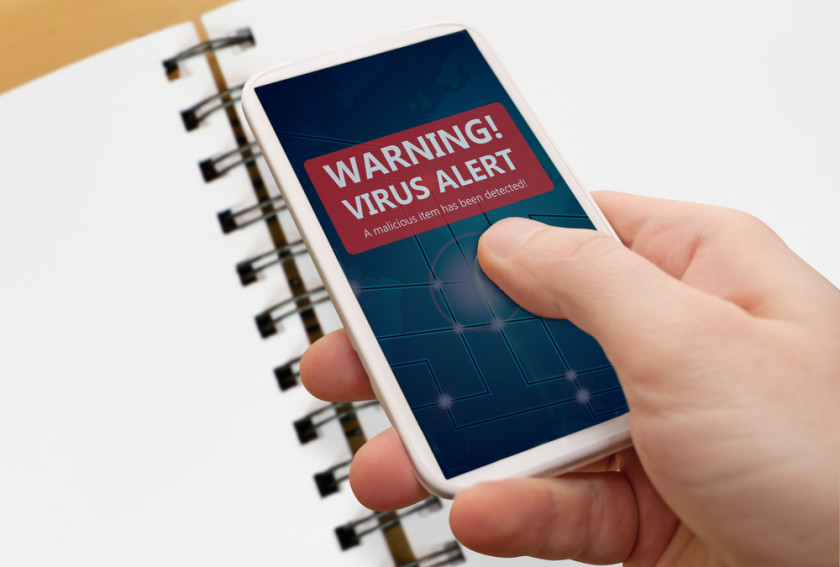 While it’s certainly possible a customer can be made aware of any of the issues listed above, or ones not for that matter, it’s safe to say their life will probably not be affected in any way, shape, or form, if they lack such knowledge. While trying to force tech insight or knowledge down their proverbial throats might never work, it is perhaps all of the “informed’s” duty to promote the most basic concepts of OS updates. It is very similar to the manner in which politicians break down complex issues so that every day people can see how it might affect them.

“The Marshmallow update will help you better manage privacy and control over your own phone” sounds better than “Marshmallow will finally allow granular app permissions.”  Likewise, “You should check for updates and download them to make sure your phone is always running the best it can.” sounds a lot more understandable than “You need this update patch because it will fix a software bug that would previously drain the battery while the phone is in sleep mode.” 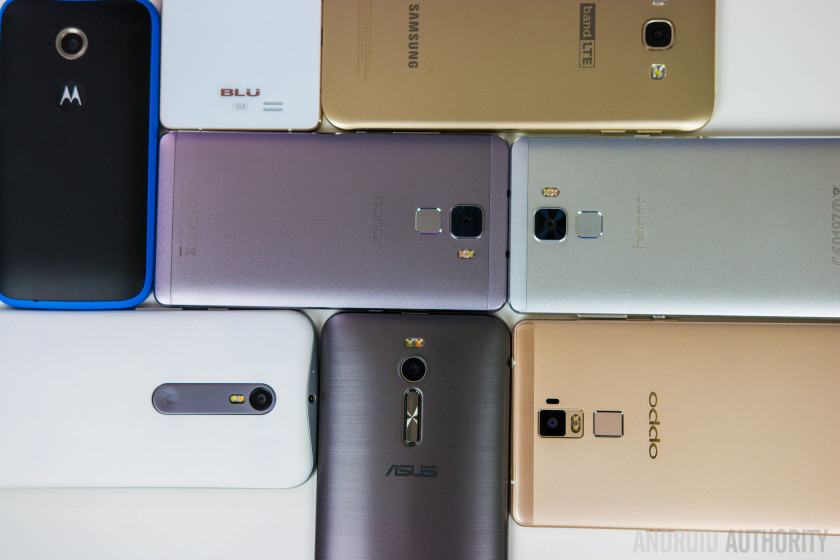 Do keep in mind however, that we understand your frustrations with carrier crap and OEM-related uncertainties. It is frustrating when a relatively new device is suddenly put out to pasture, and all those who purchased it are instantly deemed irrelevant in terms of future updates. It is annoying when it takes months and months to put out a single version change while some have been using it from the first month.

We would like to hear your thoughts on this issue. Arguably, the general public does not understand or care about Android updates. They might feel confused as to why we are upset, or why companies aren’t living up to the expectations customers have about such things. To this end, we have created two surveys we invite you to take. After that, please share your comments or criticisms in the comments section below!

Features
Tagged:
Opinions
Opinions
Comments
Read comments
You Might Like
It’s getting really hard not to support Samsung
by Hadlee SimonsApril 4, 2021
It’s time: Google should require two years of updates for every Android phone
by Jon FingasNovember 12, 2020
Portless phones: Dumb gimmick or inevitable future?
by Eric ZemanJanuary 28, 2019
Speed up my phone – what can I do to make that happen?
by Edgar CervantesMarch 1, 2018
Latest
The best Motorola phones you can get in 2021
by Ryan HainesApril 19, 2021
How to switch from iPhone to Android: Sync your contacts, photos, and more!
by Edgar CervantesApril 19, 2021