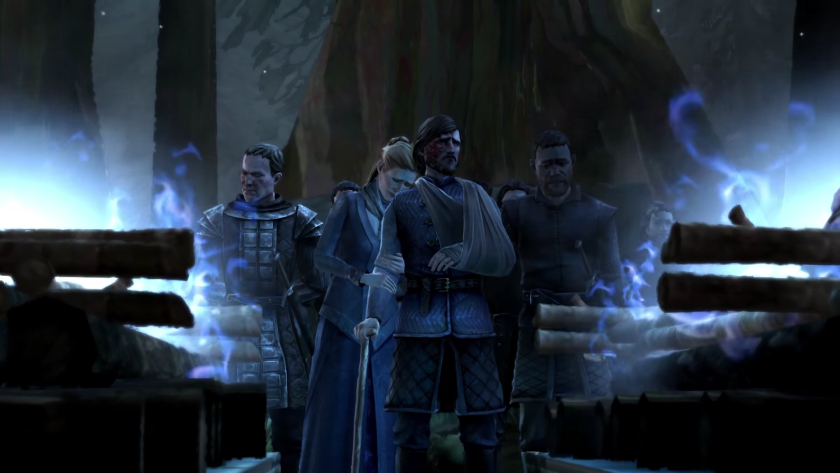 Update (11/19): The final episode of Telltale’s Game of Thrones, entitled Episode 6: The Ice Dragon, is out now. You can purchase the season finale via an in-app purchase for $4.99. If you’re interested, follow the Google Play Store link at the bottom of this post for the download.

Original post (10/21): Just last week Telltale Games announced that it would be making the first episode of Tales from the Borderlands free in the Google Play Store, and now the popular game developer has done the same for Game of Thrones. Starting today, you can now download the first episode of Game of Thrones, which is normally available for $4.99, for free from Google Play.

On top of that great news, Telltale has also revealed that the series finale, entitled Episode 6: The Ice Dragon, will be launched on Tuesday, November 17th across all platforms. This marks Telltale Games’ first title to be released on Android, iOS, PC/Mac, Playstation 4 and 3 and the Xbox One and 360 all at the same time.

Telltale has released a trailer to get folks excited about the final episode. It features popular characters such as Emilia Clarke (Daenerys Targaryen), Natalie Dormer (Margaery Tyrell) and Iwan Rheon (Ramsay Snow), so if you’re a fan, be sure to give it a watch.

When the final episode goes live, we’ll be sure to let you know. In the meantime, head to the Play Store link below to grab the first episode of Game of Thrones for free.

Download Game of Thrones from Google Play
AppsDealsNews
Tagged:
Gaming, Telltale Games
GamingTelltale Games
Comments
Read comments
You Might Like
Asus ROG Phone 5: Everything we know so far (Updated: Feb. 23)
by Jon FingasFebruary 23, 2021
Nintendo Switch deals: Save on the Switch All-In-One Bundle and more
by Matt HorneFebruary 19, 2021
Save $99 on the LG 27-inch 4K UHD monitor, and more great monitor deals
by Matt HorneFebruary 17, 2021
The best free-to-play games on any platform
by Ryan HainesFebruary 15, 2021
Latest
YouTube not working? Here’s what you can do to fix it (Update: Outage)
by Mitja Rutnik7 hours ago
How to print from your Android phone or tablet
by Edgar CervantesFebruary 22, 2021