At Microsoft’s annual shareholder’s meeting held earlier today in Bellevue, Washington, the company’s former CEO, Steve Ballmer, had a rather critical take on the business at hand: “bullshit.” The terse tiding was triggered due to the fact MS is not revealing profit margins and sales for its cloud and hardware units, instead reporting annualized revenue run rate. Mr. Ballmer also found contentious another issue: the fact that Windows phones don’t run Android apps.

As Bloomberg explains it:

Ballmer also criticized [current CEO Satya] Nadella’s answer to an audience member questioning the lack of key apps, like one for Starbucks, on the company’s Windows Phone. Nadella responded by citing the company’s plan to appeal to Windows developers by allowing them to write universal applications that work on computers, phones and tablets, targeting a larger array of devices than just Microsoft’s handsets that have just a single-digit share of the mobile market.

“That won’t work,” Ballmer commented as Nadella spoke. Instead, the company needs to enable Windows Phones “to run Android apps,” he said.

Those that follow the Windows mobile scene may be aware that Microsoft had announced Project Astoria this past April. The aim was, simply put, to allow Android applications to run on Windows Phone. In recent weeks however, it has been reported that the project has been delayed, with some speculating it has been canceled outright. 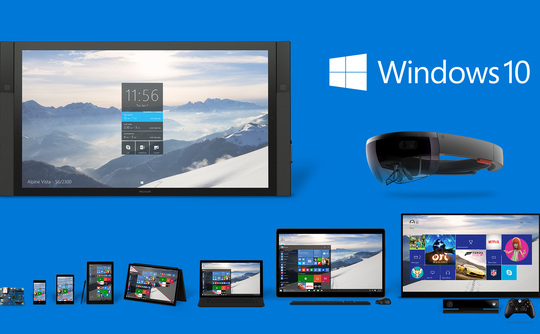 This coming February will mark the second anniversary of Mr. Ballmer’s retirement, though based on his strong feeling about support for Android apps, it’s clear he is not so pleased with the way things are going. At the very least it might add to support for the belief that his retirement was forced. Clearly he is not under the impression that universal applications, fostered by Windows 10’s Continuum, will solve the problem at hand.

Some years ago, it appeared as if Microsoft had gained a legitimate point of leverage in the mobile phone marketplace. In the post-Windows Mobile 6.X era, it was perhaps the company’s partnership with Nokia – once the world’s largest mobile phone vendor – that made people take notice. The fact that Samsung, HTC, LG, and various other OEMs were making Windows Phone 7 devices was good, but having Espoo seemed as good as gold.

By the time Windows Phone 8 was in full swing, most OEMs had abandoned Microsoft, though HTC did make a breif but notable return when it released a variant of its One M8 late last year. Now that Nokia’s mobile division is no more and Microsoft is virtually the only one supporting Windows Phone at the moment, the challenges faced are even greater.

While the platform did see some growth in the third quarter of this year, the global market share is at just 1.6% during the same period. Windows Phones however…[is] seeing their lowest shipments since 2012, only hitting 5.8 million, and not enough to deserve a mention by the IDC.

Microsoft has said this was in line with their expectations and strategy, but at only 1.6% market share it is clear Windows phones will now only succeed or fail as part of the Windows 10 universal app ecosystem, as such low numbers are not attractive enough to sustain an independent application market.

The following table from IDC highlights the issue at hand: MIA: Windows Phone (Microsoft) is nowhere to be seen in the latest data from IDC.

Huawei, which sits at the third spot on the above list, has been quite open about its feelings towards Windows Phone.

Forward to the future

To be fair, that Windows Phone market share is lower than ever may very well have to do with the fact that, as of Q3 2015, no phones running Windows Phone 10 had yet been released. Given the hardware requirements necessary to run Continuum, as well as the fact it requires Windows 10 to begin with, it’s possible that interested users were simply holding off purchases until the time came. The time, arguably, is now, as Microsoft has released the Lumia 950 and 950 XL and with them, Windows Phone 10. The idea that users will be able to run Windows 10 applications across all Microsoft platforms including Xbox One, is likely to appeal to a tangible segment of the population, be it for business use or home. Still, given the shortage of new hardware – and the fact that the Lumia 950 is quite an expensive proposition – there are still limited opportunities for immediate and explosive growth.

Likewise, in China, Xiaomi has taken an interest in Windows Phone 10, and so too has Japan, where three companies are now have or are going to be manufacturing hardware. Japan in particular is a curious consideration given that just one Windows Phone 7 device released, and until this past June, not a single Windows Phone 8 product had. Even then, the sole WP8.1 device was released factory unlocked and therefore not even a carrier offering despite last year’s FX0, a Firefox OS phone made by LG.

While the software situation has improved over the years, the fact that apps from companies like Starbucks are missing means that convenience still comes at a cost.

At the moment, the more pressing issue is that which Mr. Ballmer himself found to be upsetting: the lack of apps. Windows Phone has consistently been chastised for its lack of apps, and while the situation has improved over the years, the fact that software like Starbucks’s mobile app is missing means that convenience still comes at a cost. It now remains to be seen as to how fast the mobile situation can improve for Microsoft, especially as competition from Android and low price hardware has never been keener and even BlackBerry has entered the Android market.

It will be quite interesting to see how Windows Phone 10 fares in the next few quarters, either with or without Android app support. One thing that is not likely to happen though, is a major point for profit given that Apple all but has 95% of them. Support for Android however, could ultimately help businesses and app developers who would get access to a new platform and its customers.

We want to hear what you think. Are you a Windows fan? Are you upset by the lack of Android apps, or does the future look fantastic with the promise of cross-platform continuum? Feel free to leave your comments below and share your opinion.

News
Tagged:
Microsoft, Microsoft Windows
MicrosoftMicrosoft Windows
Comments
Read comments
You Might Like
Your next Windows PC could be in the cloud
by Jon FingasApril 20, 2021
Here are the best Microsoft Surface laptops and tablets
by John CallahamApril 18, 2021
Microsoft’s Surface Laptop 4 packs much faster Intel processors
by Jon FingasApril 13, 2021
How to connect AirPods to a Windows laptop
by Ryan HainesApril 11, 2021
Latest
The best Motorola phones you can get in 2021
by Ryan HainesApril 19, 2021
How to switch from iPhone to Android: Sync your contacts, photos, and more!
by Edgar CervantesApril 19, 2021