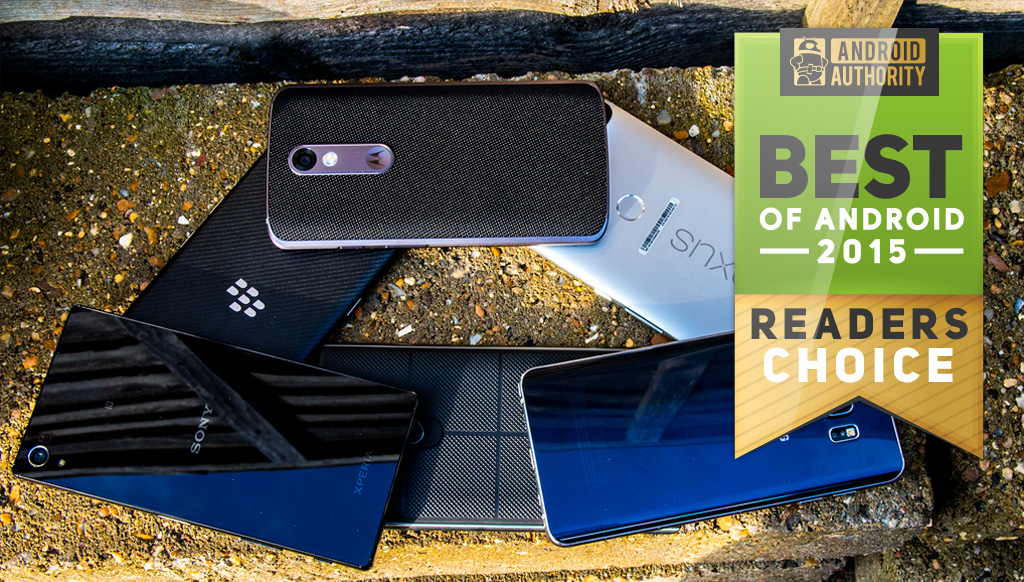 What a year 2015 has been; from a multitude of smartphones at just about every price point imaginable to advancements in wearables, tablets (including TVs masquerading as tablets) and even cars. Mobile is everywhere, and you all have your favourite handset of the year, but which handset stands tall above them all?

As part of our Best of Android 2015 series, we’re taking an in-depth look at which flagship handset is the best of the best, but we also want YOU, our readers, to also have a say. Introducing the Reader’s Choice Smartphone of the Year award.

For the next week, we’re asking you to cast your vote on the illustrious flagships below, which stood out from the crowd in 2015. Here’s the devices that made the cut:

So how do you vote? It’s simple: cast your vote in the poll below, which will close next Tuesday (15th December) at 23:59 EST. We’ll then announce the handset you’ve chosen to win the Reader’s Choice Smartphone of the Year 2015 award, as part of the inaugural Android Authority Awards next week.

Why not own the Reader’s Choice?

That’s right – it wouldn’t be fair to get you to cast your vote without giving you the chance to win the top smartphones of the year, right? The smartphone of the year could be winging it’s way to you before you even know it!

To make this interesting, we want you to get talking on social media; using the widget below, you can share this post on social media and also get additional entries by sharing a post using the hashtag (you have to do this via the widget). The competition runs until next Tuesday (15th December 2015) at 23:59 EST and we’ll reveal the winner of this giveaway (and the phone you all voted as Smartphone of the Year) in our inaugural Android Authority awards!


Don’t forget to check out Best of Android 2015 to see which smartphone is crowned the best of the best, and stands tall at the end of 2015, and let us know which smartphone you think will win in the comments below!

FeaturesThe Best
Tagged:
Best of Android, Giveaways
GiveawaysBest of Android
Comments
Read comments
You Might Like
Samsung Galaxy S21, Galaxy Watch 3, and Galaxy Buds Pro international giveaway!
by Team AAJanuary 3, 2021
The best Android smartphone of the year 2020: Editor’s Choice (Update: Video!)
by Oliver CraggDecember 29, 2020
You told us: This is your Reader’s Choice smartphone of the year!
by Oliver CraggDecember 23, 2020
Xbox Series X, Pixel 4a 5G, and Garmin Vivoactive 4 international giveaway!
by Team AADecember 6, 2020
Latest
Leak: Here’s how the OnePlus 9 series displays could differ
by Hadlee Simons37 minutes ago
Samsung’s next smartwatch could bring diabetes monitoring to your wrist
by Adamya Sharma1 hour ago