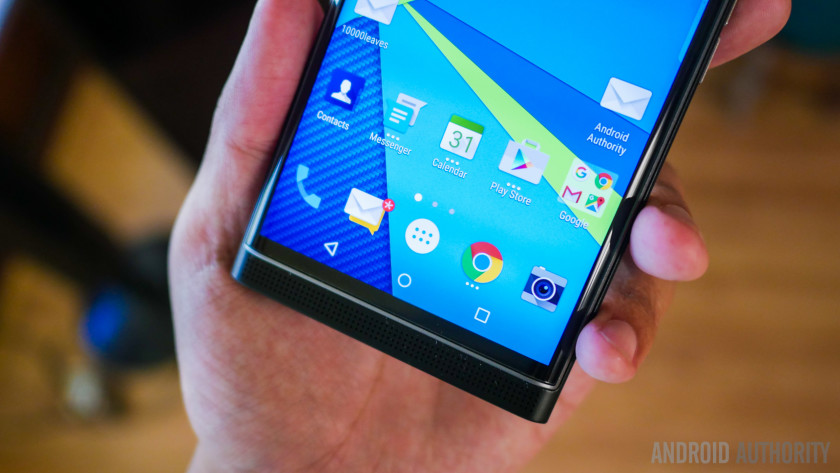 The BlackBerry Priv had just started receiving its first software update, which makes some adjustments to the phone’s camera app along with productivity and security improvements. BlackBerry had committed itself to monthly security updates for the Priv and is sticking to its word.

The update weighs in at a hefty 475MB, but there are a number of notable changes included. The camera app has seen a few tweaks and should now operate much faster. BlackBerry has even adjusted the camera’s processing to improve image quality in low light situations and 16:9 photo support has been patched in as well.

Overall system performance and stability have also received a tune-up. BlackBerry has crushed a number of bugs that would lead the phone to crash or freeze and also claims to have improved the handset’s performance. Finally, the release includes December’s security patches to protect users against the latest Android vulnerabilities. A must have for a device promising top notch security.

BlackBerry is also lining up updates for some of its Android apps. The Keyboard app will soon have improved language support and new emojis, there’s WhatsApp support coming the Hub & Contacts, and the DTEK app will have a notification options to alert users when apps checks into user info. These updates will be available from December 14th through the Play Store.

The Priv’s update is already rolling out over-the-air this week for customers who bought the phone through ShopBlackBerry (unlocked models), while carrier branded smartphones should begin to see a notification appear sometime after December 7th. You can always force a manual check by heading over to Settings -> About -> System Updates.

July 12, 2020
Trending
Save $100 on the Echo Plus, and more top Amazon Echo deals
by Ryan Haines16 hours ago1030 shares
Nest Mini sale: Now’s your time to pick up Google’s cheapest smart speaker
by Jon Fingas17 hours ago6 shares
Save $35 on AirPods Pro and more top headphone deals
by Ryan Haines18 hours ago95 shares
You Might Like
This is the best BlackBerry phone (hint: there’s few options)
by Andrew GrushMarch 4, 202084 shares
TCL put another nail in coffin of BlackBerry smartphones. That makes me sad.
by Eric ZemanFebruary 3, 2020301 shares
BlackBerry branded phones won’t be made by TCL anymore
by John CallahamFebruary 3, 2020225 shares
The rise and fall of Android’s biggest competitors over the last decade
by Phillip PradoJanuary 25, 2020380 shares