Whether you like it or not, Bluetooth earbuds are about to become far more popular. Popular might not even be the right word—at this point they’re more of a necessity, unless you want to live your life with dongles. Both Apple and Google have done away with the 3.5mm headphone jack, and though Samsung owners can laugh now, I wouldn’t be surprised to see Samsung do away with it in the next S-phone.

This is the world we’re living in now, but it doesn’t have to be all bad. There are plenty of Bluetooth earbuds out there that are pretty good. If you’re going to be forced into living in a Bluetooth world, why not explore the options and make the best of it? The Sound Guys team is back once again to do just that! Let’s jump right in and take a closer look!

Editor’s note: If you want to dive even deeper into the reasons behind the Sound Guys’ picks, be sure to head over to the full deep-dive at SoundGuys.com. The HD-1’s are for the person who always listens to music or podcasts on their commutes and occasionally takes a call or two. The smart design won’t look out of place in a classroom or a corporate environment, and you can just leave them around your neck as you go about your day.

Buy it now on Amazon As great as wireless headphones can be, not having a physical connection is also its weak point. Skipping songs and dropped connections can get annoying, so if you’re after the headphones with the strongest connection our pick are the BeatsX headphones.

Reasons to consider the Beats by Dre BeatsX:

Buy it now on Amazon If you want a pair of headphones that look as good as they sound, then you should check out the V-MODA Forza Metallo Wireless. On the more technical side of things these have aptX support, a 10 hour battery life, and also have a feature called FastCharge which gives you 2 hours of playback with just 15 minutes on the charger.

Buy it now at Amazon So what if you just want the best sound? Get the ADV.Sound Model 3 in-ears. Not only do these headphones sound great, but they also also can switch between wired and wireless thanks to MMCX connectors that let you pop off the earbuds. On top of that they’re less than $100 so you won’t be breaking the bank either.

Reasons to consider the ADV.Sound Model 3:

Buy it now at ADV Sound If you just aren’t looking to spend too much but still want to take part in Bluetooth goodness, check out the CB3 Fit Sport. These only cost $39 but have many of the high-end features you'd expect from something double or triple its price.

Reasons to consider the CB3 Fit Sport:
Buy it now at Amazon

How the Sound Guys team picked their choices Choosing which product is best changes depending on what the category is. If you’re searching for the best headphones, we might focus more of our efforts on sound quality instead of cool extra features. On the flipside, if you’re looking for the best waterproof speakers, chances are we’re going to prioritize a strong, durable build over something like sound quality. We all dread the low battery symbol, and that’s especially important with Bluetooth earbuds.

For this particular list, there were a few things that took priority. First was comfort. Plenty of people have relied on a favorite pair of cheap earbuds that you could just roll up and throw in your pocket after you’re done with them. Not only did our picks have to be comfortable while wearing them, but they had to be convenient and comfortable when you’re not wearing them as well. You’ll find plenty of neckbuds on this list for that reason, because when you’re done listening to music you don’t have to try and find space for them in your pocket. They’re usually ergonomic enough that they won’t get in your way if you leave them around your neck.

. We all dread the low battery symbol, and that’s especially important with Bluetooth earbuds.

Second was sound quality. It would’ve been first, but if the headphones hurt when you wear them, who cares if they sound good? So we made sure to find headphones that on top of being comfortable, had a sound that wouldn’t make you want to throw them in the garbage. That is admittedly difficult to do considering that Bluetooth inherently has some limitations, but even still we feel confident that our picks are the exceptions to that rule.

The third feature we focused on was one that the Sound Guys readership voted on in a recent Twitter poll. If you didn’t get to voice your opinion make sure to follow us on Twitter so you don’t miss out next time! But the feature that most people care about after comfort and sound quality is battery life, which makes sense considering that for most Bluetooth earbuds a dead battery means no music.

Why should you trust SoundGuys? 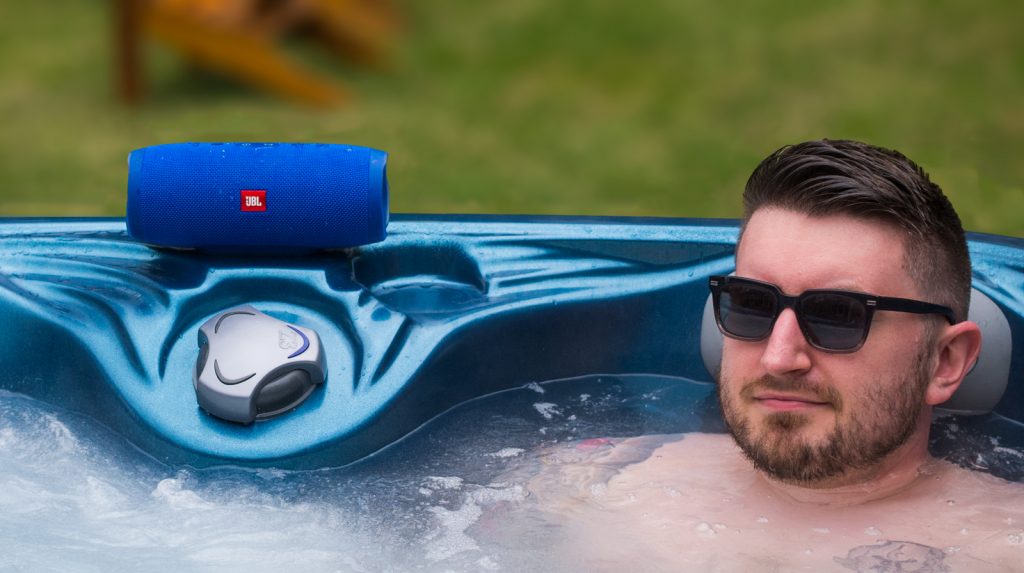 Chris and Adam have a ton of cumulative knowledge in the audio industry. Plus they like music, like a lot.

Chris is an audio industry expert, having covered the segment for the better part of a decade. Earning his stripes at a subsidiary of USAToday, he’s been around the block more than a few times—spending over 1,000 hours in test labs. For years, he objectively tested headphones, and then contextualized the resulting data for mass-market relevance. There are very few people out there with the experience he has.

As for Adam? He’s been with SoundGuys for about three years now, and has covered all segments of the industry in his time there. On top of that, he’s spent time in the trenches of Best Buy, helping customers figure out what the best products for them are. An audio enthusiast, he’s bathed in the best—and worst—the market has to offer, and knows how to separate wheat from chaff.

So that’s that! What did you think of SoundGuys’ selections? Let us know in the comments, and be sure to check out SoundGuys.com for all your audio-related needs!